Our long-term goal is to improve the safety of our roads and roadsides to significantly reduce the likelihood of crashes occurring and to minimise the consequences of those crashes that do occur.

What is the Problem?

New Zealand’s roads are not as safe as those in other countries. Our road network is comparatively long, with much of it built when we had fewer vehicles travelling at lower speeds.

Road improvements continue to contribute to a reduction in rural road deaths but we can do much more.

These crashes would be less severe if there were median barriers present and roadside objects were protected or removed. 31.09 percent of all crashes during 2016-2020 occurred at intersections.

What are we doing about it?

We will work to improve our roads so that each type of road will eventually have a recognisable and distinctive set of self-explaining features such as signage, lane width, road markings and speed limits. This work will ensure roads are predictable, so that road users can expect particular safety features on each type of road. This should encourage people to travel at speeds that best fit the design and function of the road. 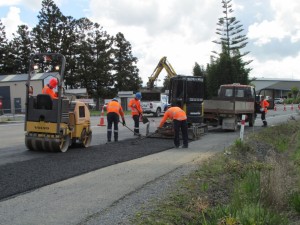 We will also work to make roads forgiving, so that they help to reduce the consequences of those crashes that do occur. We will do this through installing median barriers and removing or protecting roadside objects in known black spot areas.