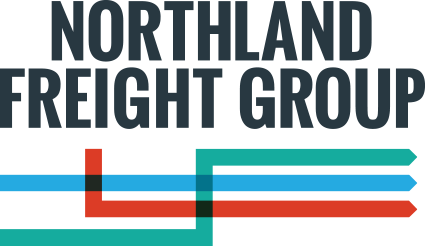 Sharing the road safely with trucks

Follow these guidelines when you encounter trucks on the road.

Keep well back when following trucks

In good road and weather conditions, you should leave a gap of at least three seconds between your vehicle and the truck in front of you – and an even greater gap when conditions are poor. This will prevent road spray picked up by the truck’s wheels from affecting your visibility. Also, the truck may block your view of the road ahead, so hanging back will increase your field of vision and give you more stopping distance if the truck brakes suddenly to avoid a hazard you can’t see.

Because of the size of trucks, the view other drivers have of you may be restricted. At intersections and in slow traffic, ensure you stay far enough back for other drivers to see you. This is particularly important for motorcyclists.

When following at night, keep your headlights on low beam. The truck’s many side mirrors will reflect high beam lights right into the driver’s eyes.

Keep out of a truck’s blind spots

Trucks have a big blind spot directly behind them, so it’s a good idea to position your vehicle so it can be seen in the truck’s side mirrors. This will let the truck driver know you are there – drivers can then give you plenty of warning when they intend to stop or turn. Remember to keep an eye on the truck’s brake lights and turning indicators.

Watch out for blind spots at the sides

Trucks have large blind spots on both sides – but especially on their left. On multi-lane roads or when overtaking, try to avoid these blind spots, or keep the time you spend in them to a minimum. If a truck driver decides to change lanes or make a turn while your vehicle is in one of these blind spots, a serious crash could occur.

Be patient when waiting to overtake a truck. It takes several seconds longer to pass a truck on a level road than it does to pass a car, so it’s more important than usual to make sure there’s plenty of clear road ahead so you can safely complete the overtaking manoeuvre.

Don’t be annoyed if the truck is keeping close to the centre line. The truck driver isn’t doing this to stop you from passing – they’re probably trying to avoid overhanging trees or the broken, uneven edges of the road.

Don’t come too close to the back of the truck before you move out to overtake. As well as limiting your visibility and the truck driver’s ability to see your vehicle, you may not get an accurate impression of the strength of the head wind. Also, you’ll be driving in an area of low pressure that ‘sucks’ your vehicle along, making it seem as though it has more engine power available than it actually does.

Make sure you indicate, so the truck driver knows you intend to pass. As you pass the truck, be aware that air turbulence could affect your vehicle’s behaviour. Motorcycles and small cars are particularly affected by the air turbulence around large vehicles.

Unless it’s an emergency, don’t return to your lane until the whole of the front of the truck is visible in your rear-view mirror. Trucks can have blind spots extending several metres in front of them, so truck drivers may not be able to see your vehicle if you cut in too close. Maintain your speed so the truck isn’t forced to brake abruptly.

When passing a stationary truck, lower your speed in case the truck driver steps onto the road.

Remember that it takes a truck longer to stop

At 90km/h, it will generally take a truck-trailer unit more than twice as far to stop as it would take a car, because of the truck-trailer unit’s weight and the design of its brakes. Any motorist who cuts in front of a truck and suddenly slows or stops is at risk of causing a serious rear-end crash. Even if the truck driver manages to avoid a collision by swerving or braking quickly, this may cause a dangerous load shift which itself may lead to a crash.

You can help truck drivers by leaving them plenty of braking space and by indicating sooner before you turn, change lanes or brake.

Be aware that turning trucks may cross the centreline

Trucks often need to cross the centreline when turning a corner – particularly when they’re making a left turn. A truck turning left may initially move to the right to give itself more room to complete the turn. A motorist can make the mistake of thinking the truck is turning right, and may try to overtake the truck on the left. When the truck turns left, the motorist’s vehicle will crash into the truck’s side.

It’s important to look at a truck’s indicators – not just its movements.

Never try to pass a truck while it is turning.

This includes passing on the right, too, because the back end of a truck can intrude across the lane during a turn.

If you are stopped at an intersection and a truck is turning into the oncoming lane, you may want to back up or pull closer to the side of the road to give the truck more room.

Wait while a truck reverses

The size of some trucks means they cannot avoid blocking the road when they reverse into a driveway or side street. Never try to drive around the rear of the truck when it is reversing or preparing to reverse. You’ll be entering one of the truck’s blind spots and risk being backed into. Also, the truck may be concealing a hazard on its other side.

Watch out for air turbulence when passing oncoming trucks

When passing an oncoming truck, keep firm control of the steering wheel to counter the effect of air turbulence.

If you’re a motorcyclist, move to the left of your lane to avoid the worst of the turbulence, but not so far that you risk being blown off the road. Also change down a gear, so the bike has enough power to accelerate and steer into the wind gust.

At night, it’s a good idea to dip your lights sooner than you normally would when going over the top of a hill, to prevent dazzling truck drivers coming from the opposite direction.

Travelling behind or alongside trucks in wet conditions can be tricky. Splash and spray is thrown out and can make it difficult for you to see clearly.

While trucks have a covering system – usually mudguards and mudflaps – to reduce the amount of spray and road debris thrown out from under their wheels, this does not prevent spray being thrown out from the sides and rear of the truck. Many motorists consider this to be a nuisance and a danger, but unfortunately, there is no equipment available that could solve this problem effectively. However, there are some things you can do when driving in wet conditions behind or alongside a truck to help increase your safety: