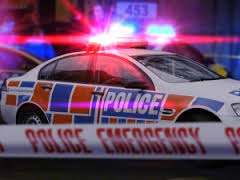 Three fleeing driver incidents in the space of two hours in Northland could have put the lives of many others in danger, say Police.

The first incident began at 12.25am when a vehicle failed to stop for Police on Western Hills Drive in Whangarei.
The vehicle continued north towards Hikurangi, but Police abandoned the chase due to the risk to other road users.

Police then began searching for the vehicle and it was located in Hikurangi.

The vehicle again failed to stop and Police chased it to Waiomio Road where the driver abandoned the vehicle leaving a passenger behind.

The Police dog handler then located the 25-year-old driver who had previously been suspended from driving and was also on a 24hr curfew due to his previous offending.

About 1.10am, while Police were dealing with the first incident, reports came through of a stolen car from Marsden Point.   The vehicle was seen by Police in Maungatapere and the driver also decided to take off.

This pursuit was abandoned due to speed,  road conditions and safety of staff and public.

Shortly after that fleeing driver incident, at about 2.20am, a Dargaville Officer who had been assisting with the above incident noticed a 4×4 vehicle towing a trailer in the opposite direction without tail lights.

The officer attempted to stop the vehicle on Tangowahine Valley Road due to the danger the unlit trailer presented.

However, the driver fled in the vehicle.

Police chased the vehicle for a distance before losing sight of it, but it was shortly discovered stopped along the road with its lights off.  The pursuit began again, but the police vehicle slid off the gravel road and rolled onto its side.

Fortunately the officer was not injured and the vehicle had minor damage.

The offending vehicle carried on and crashed through a farm gate and the driver fled from the vehicle and into the bush.

A Police dog located the 21-year-old man about 3 ½ hours after the incident.

He faces a range of driving charges including driving while disqualified.

Northland Police Maori Responsiveness Manager Acting Inspector Riki Whiu says those people who choose to flee from police are putting themselves, police and others at risk of serious injury or death.  “It’s not good enough and the reasons these people are fleeing police are pathetic.

They are putting lives in danger.

Travelling at high speeds gives them and other road users little time to react to anything and within seconds, their lives, the lives of our staff and including their loved ones could change for the worse.”

Mr Whiu says police choose to abandon fleeing driver incidents to prevent any risk to the public, themselves and the driver, but if circumstances allow then they will engage and attempt to stop any fleeing driver from posing further risk.   “So, drivers  need to think twice before they take off.  Yes there are penalties, but the consequences of these types of incidents are normally far worse, for us all”.

You can also view this release, including any additional images, online at: http://www.police.govt.nz/news/release/three-fleeing-driver-incidents-northland